After 20 years of its launch in the car rental sector October 2020: Twenty years after its lunch, and after it has been classified as the fastest growing company in the field of car renting, ALWEFAQ RENT A CAR has announced the change of its name and visual identity to become "Yelo" (iyelo.com). However, this strategic change in the company's history has been revealed during a conference that was held for this occasion in Riyadh city, the capital of Saudi Arabia. During the conference, the company confirmed that it's strategic transformation is a response to the rapidly growing steps that the kingdom is witnessing in the process of the implementation of the Kingdom 2030 Vision that has been launched by the the government of the custodian of the two holy mosques and His Highness the Crown Prince which pays great attention to travel and tourism in order to be an important impact on supporting the national economy. The car rental sector is one of the most important fields that positively affect the renaissance and growth of the travel and tourism sectors. However, the company showed progress in its technical services that make the customer experience in dealing with it easier and more flexible through a number of smart solutions for electronic reservation and receipt. During the conference, the company revealed that it will continue to support social activities as part of its social responsibilities. Whereas "Yelo" has signed contracts with several clubs participating in "Prince Mohammed Bin Salman Professional Cup League" and other regional and international clubs as an official sponsor for these clubs. On this occasion, Mr. Nassir Al-Qahtani, Founder and CEO of ALWEFAQ RENT A CAR commented: "The success and spread of the company - since its inception under the name of "ALWEFAQ RENT A CAR" until the day when it celebrated the change of its name and visual identity of the brand to (Yelo) - that have been achieved despite the difficult competition and the great challenges, was due to great efforts and determination of all those who worked within it and believed in its ability to continue and progress. However, I convey my heart thanks and appreciations to everyone who has put his print in ALWEFAQ success history up to this day, and to everyone who will continue with us on the same values and persevering work spirit with a new vision and identity that coincides with the high aspirations that we look forward to seeing (Yelo) in the future as a Saudi brand with a strong and influential global presence in car rental sector. " He added, "In response to our strategy for the next stage, during which we are looking to expand further in new markets outside the Kingdom and the Arab region, it has been necessary to re-launch with a new identity that matches the requirements of the next phase and serves our goals, and after a period of study and planning, the name (Yelo) has been chosen, in its distinctive shape to be an icon for relaunching and expansion of (Yelo).” Al-Qahtani expressed his pride in the company's distinguished presence in supporting sports activity by sponsoring four sports teams in the Prince Mohammed bin Salman Professional Cup League; Al Raid, Al Ittihad, Al Ettifaq, and Abha clubs, in addition to sponsoring the teams of Sheffield United of England, Birchkot of Belgium, and Al Hilal United of the United Arab Emirates. Stressing that this sponsorship is part of Yelo's social mission in serving this vital sector whose influence extends to most members of society, including those who follow and practice sports, noting that the company's social responsibility message does not stop at sports only, but there are many initiatives and support provided by the company over the past years, to enhance awareness and support charitable works. These included the "Read with Al-Wefaq" campaign, which was aimed at promoting a culture of love for reading in society, and the "Safe Roads" Campaign, which achieved widespread success in spreading the method of traffic safety. 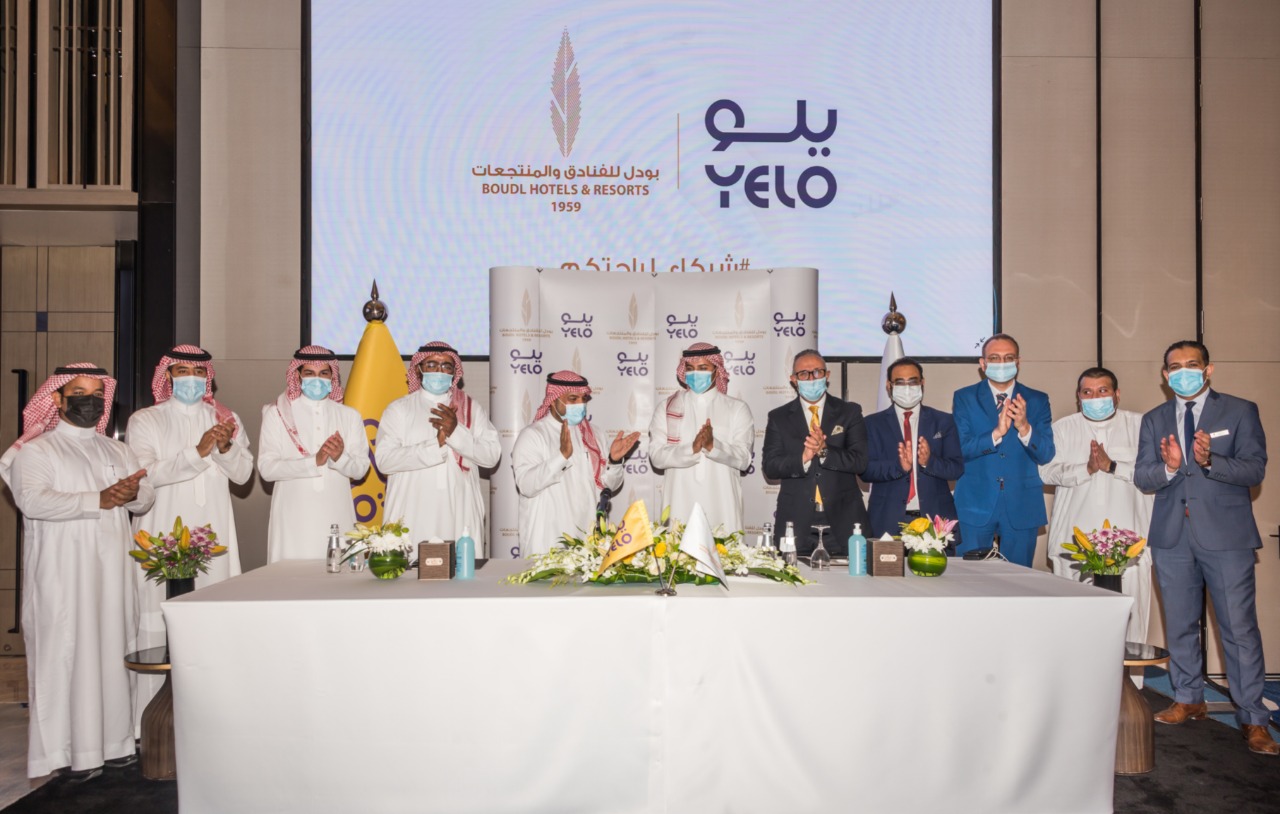